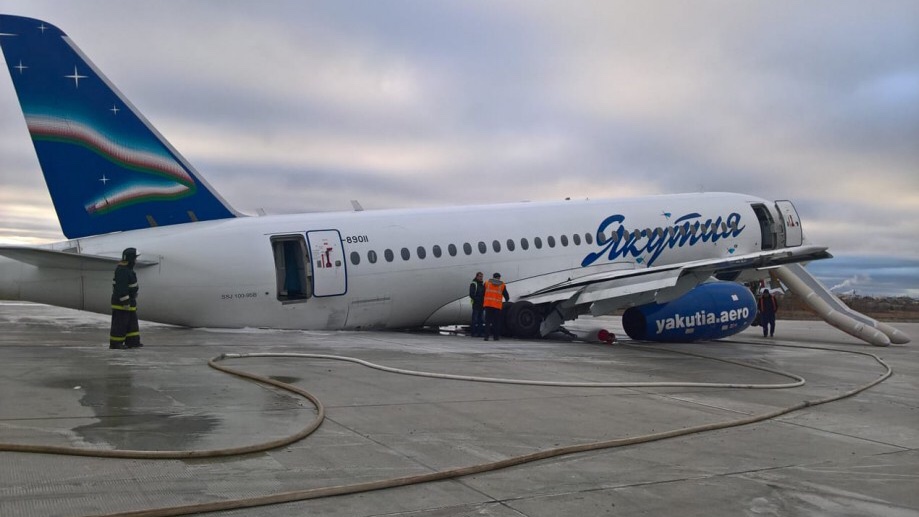 Narrative:
Yakutia Airlines flight 414, a Sukhoi Superjet, suffered a collapse of the main landing gear in a landing accident at Yakutsk Airport, Russia.
Yakutsk Airport’s runway 05R threshold was displaced by 1150 meters due to reconstruction. Runway 23L was available for landing only with a Landing Distance Available (LDA) of 2248 meters. Additionaly, the touchdown zone lights of runway 23L and runway centreline lights were unserviceable.
Flight 414 touched down on runway 23L following an NDB approach. Wind was reported to be from 060° at 2 m/s, resulting in a 4 knot tailwind component. A runway friction coefficient of 0.45 was communicated to the flight.
The aircraft failed to stop on the remaining runway and overran onto the area that was under reconstruction, stopping after 250 meters. This caused damage to the forward fuselage, separation of both main landing gear bogies and a fuel tank leak.
After the accident, a measurement showed friction coefficients of 0.25, 0.32, and 0.25 on the runway.
The aircraft was dispatched with a deactivated thrust reverser on engine no.2. According to the limitations of the minimum equipment list (MEL), landing with deactivated engine reversers is allowed at a friction coefficient of not less than 0.4.
Classification: Runway excursion 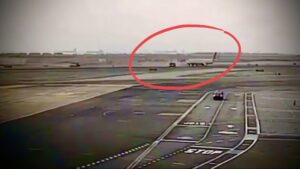 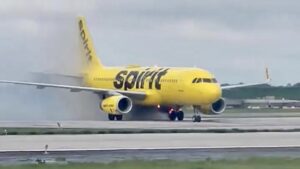 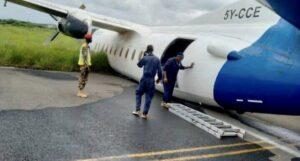